Sleep Apnea Could be Causing Heart Disease, Diabetes and Stroke 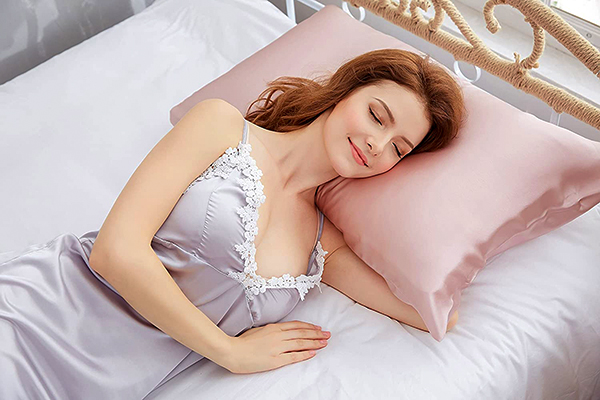 Get the latest blog from Your Snoring and Sleep Apnea Expert in Boston.

YOUR SLEEP APNEA COULD BE CAUSING…

WHY CAN’T YOU BREATHE PROPERLY AT NIGHT?

We all agree that snoring can be super annoying to listen to, especially if you are trying to sleep next to that snoring person. But, how many of us realize the
person snoring next to us may also be suffering from OSA, which puts them at a much higher risk of suffering from a heart attack, diabetes and stroke?

By ignoring snoring and OSA we may unknowingly be putting ourselves into higher risk categories. A study from The Journal of Clinical Sleep Medicine in 2008,
found people who have OSA increased their risk of cardiovascular disease by 140%, stroke by 60%, and coronary heart disease by 30%.

What is especially worrisome is that heart disease is already the #1 cause of death in the United States. Strokes are responsible for 1 out of 20 deaths per year 25
according to the Center for Disease Control (CDC) and are also the leading cause for long-term disability in the U.S. To tie it all together, diabetes is an underlying
condition for all of them. Wow! Hats off to modern medicine and research for discovering this information.

It is now well understood that OSA is a complex, chronic
condition that is influenced by MULTIPLE factors. The
Mayo Clinic has stated that some of those factors are:

When your body has trouble breathing, either because of snoring or apneas (stopping breathing), the oxygen level
in your blood starts to decrease. 95% to
100% blood oxygen levels are considered ideal and below 90% is considered low. 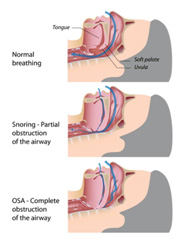 When oxygen levels drop into the low range, it’s actually the increased levels of carbon dioxide that will trigger a response from your brain to increase the oxygen level.

The body accomplishes this by increasing your heart rate. As your heart beats harder and faster it pumps more and more blood through your lungs to deliver more oxygen to your brain.

But remember with OSA, the airway is obstructed or blocked. Your heart, not in a restful state, will need more energy to do this. Insulin is released into the body
to convert sugar (glucose) into energy for fuel to power the heart. While this happens, your glucose levels remain high to power the body under stress.

But remember with OSA, the airway is obstructed or blocked. Your heart, not in a restful state, will need more energy to do this. Insulin is released into the body
to convert sugar (glucose) into energy for fuel to power the heart. While this happens, your glucose levels remain high to power the body under stress.

Studies have shown long-term high levels of insulin actually cause the cells to become immune to the insulin further increasing blood sugar levels.

As the brain senses lower oxygen levels it releases a stress hormone called Cortisol. Cortisol is part of the “fight or flight” response released under stressful
conditions, such as not being able to breathe. Cortisol also works to increase your glucose levels and increases blood pressure by tightening blood vessels. Tightening blood vessels increases blood pressure and an increase of blood pressure is a risk
factor for heart disease, heart attack and stroke. (We will discuss the “fight or flight” response in greater detail in the next chapter.)

In the meantime, consistent elevated glucose levels contribute to diabetes. Frequent urination is a common symptom of increased levels of glucose in the blood. It’s difficult to get a good night’s sleep while having an obstructed airway. So if you have
diabetes or know someone that does, now the additional burden of having to wake up often to urinate compounds the problem.

There are two types of strokes. The most common stroke is called an ischemic stroke, which accounts for about 85% of strokes. Ischemic strokes occur when a
blood clot or a fatty deposit called “plaque” blocks blood flow to the brain in an artery. The less common type of stroke is called a hemorrhagic stroke. Hemorrhagic
strokes happen when a blood vessel in the brain has become weakened and bursts, leaking blood into the brain itself, or into the space between the skull and brain.

As mentioned earlier, the effects of OSA increase blood pressure and lower blood oxygen concentration. The body responds with the “fight or flight “response. In scientific terms, we call this the sympathetic nervous response.

The response is not designed to last hours on end, like sleeping (or trying to sleep) at night. Rather, as the name suggests, it’s designed to help you survive. Stay and “fight” or leave the scene to survive, “flight.” In short durations of increased heart rate and supporting hormone levels, this response works rather well.

But, when the sympathetic switch is left on (a person with sleep apnea) the long-term effects of this response are unhealthy. It leads to high blood pressure (hypertension) and an irregular heartbeat called arrhythmia (atrial fibrillation). Two well-known risk factors of both types of strokes are hypertension and atrial fibrillation.

Now imagine this scenario playing out night after night, week after week, month after month, and year after year. We can quickly understand why treating OSA should be a priority to not only treat and lower risk factors, but to also maintain a healthy lifestyle. As we learn more and more about sleep apnea and its overall 28 effects on the human body, it becomes quite clear that treating this condition should be a top priority

And by the way, as if the big 3 aren’t enough, the same process described above, has been postulated to be a root cause of Alzheimer’s disease. We’ll go into more of the unfortunate consequences of sleep apnea in the next few chapters.