Prince Harry Wears a Special Sleep Ring. Should You?

3 ways to follow Harry’s lead and prioritize sleep, whether you spring for the ring or not. 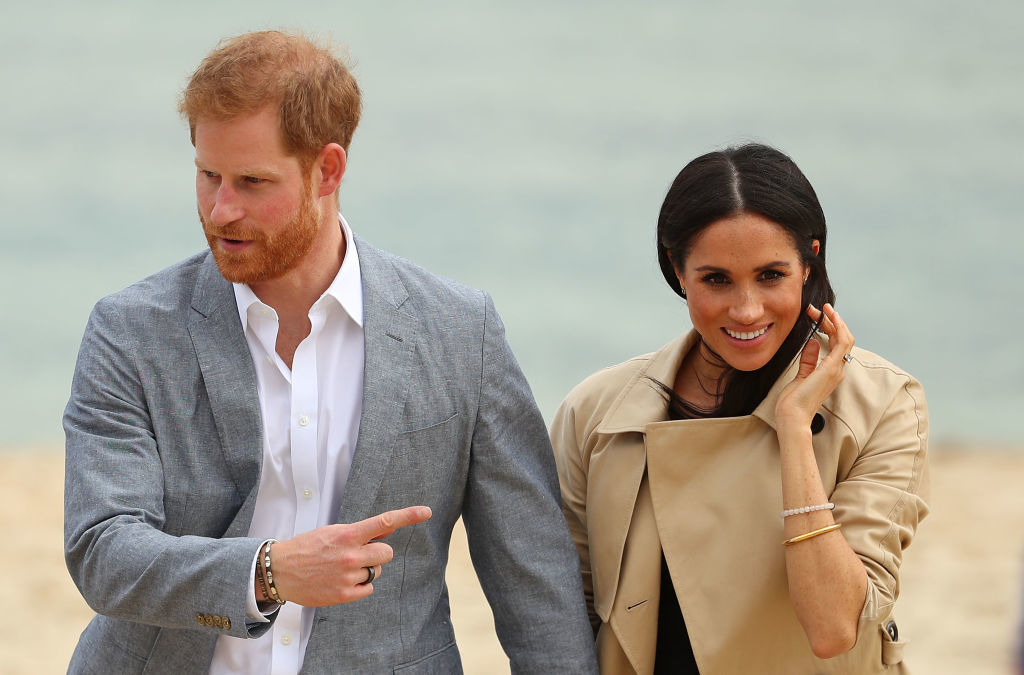 When Prince Harry was spotted wearing a thick black ring on Monday, the internet erupted with speculation about its meaning. While we’ve had plenty of opportunity to discuss Meghan Markle’s wardrobe choices over the course of the royal couple’s Australia tour (we are huge fans of her flat shoes and style repeats), Prince Harry’s generally classic looks leave few opportunities for sartorial inquiry. This ring is something different — extremely different, it turns out. It isn’t a fashion statement: It’s a subtle, high-tech sleep tracker.

The tracker, called Oura, acts something like a Fitbit for your finger. Linked to your iPhone, it monitors sleep quality by tracking factors like body temperature and movement. With this device, which ranges based on the model from $300 to $1,000, Prince Harry, it seems, is looking to improve the quality of his sleep.

That’s a smart move for Harry, and for all of us. New research published in the journal SLEEP confirmed that most adults should get seven to eight hours a night. When you’re not getting it, the study explains, your reasoning and verbal skills decline and the aging process speeds up. Other research has indicated that poor sleep is bad for everything from your self-esteem to your memory function.

Despite recent internet battles between early risers and night owls, there’s no point in shaming those who sleep differently than you, as it’s the amount and quality of the sleep you get that matters. So whether or not you want to spring for an Oura ring like Prince Harry’s, following his lead and prioritizing good rest is crucial for well-being. These three steps can help get you there:

Figure out whether you’re a night owl or a morning lark, and act accordingly

Thrive’s Arianna Huffington points out that the key takeaway from debates over when it’s best to wake up is that while there is no right schedule for everyone, that doesn’t mean you should use your early mornings or late nights as excuses to skimp on getting the rest you need. Instead, make sure you give yourself an appropriate bedtime or morning alarm based on your chronotype tendency. There’s no use pretending that you are able to commit to a sleep schedule that doesn’t work for you. Being realistic is the first step towards getting the rest you need.

Pick a bedtime, and stick to it

Good rest isn’t just about enough rest. A new study out of Duke University, published in Nature, suggests that regular sleep schedules are just as important for adults as for children — irregular sleep, like inadequate sleep, is incredibly detrimental for mental as well as physical well-being: it is linked to depression and perceived stress. A Thrive Microstep is to set an alarm for half an hour before your bedtime (which should come at around the same time each night) to remind yourself that it’s time to wind down. Your body and your mind will thank you.

Blue light, which is emitted by your laptop and mobile screens, affects your body’s production of melatonin, the chemical that tells your body it’s time to sleep, according to research out of the University of Houston. That means lying next to your laptop watching TV in the hour before bed isn’t doing your sleep quality any favors. Opt for a book or a podcast as you wind down, instead. Avoiding screen glare will help you slip into sleep more easily and rest more soundly.

What Are My TMD Options in Boston...

Are You Getting Enough Sleep?

Your Teeth Impact Quality of Your Sleep

Snoring Increases Your Risk of Dementia